The 12th. of March 2006 Lars Michael Nielsen found a hybrid Ring-necked Duck (Aythya collaris) X Tufted Duck (Aythya fuligula), at Gavnø near Næstved in Denmark, the bird was seen until the 18th.

To my surprice a hybrid identical to the 2006 bird, was found by Sebastian Klein and Troels Eske Ortvad, at that same place on the 22th. of February this year, the bird might still be there. 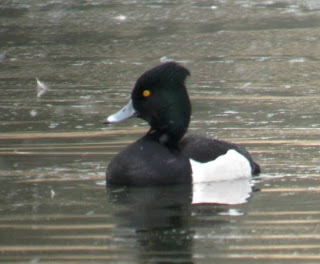 Adult male, note the typical bill pattern, very like that of Ring-necked. A large black bill tip, with a broad white band on a greyish bill. Note also that this hybrid type seem to have a bottle green gloss. 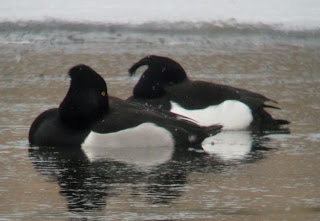 Adult male, note the grey flank with only a small white stripe in front. 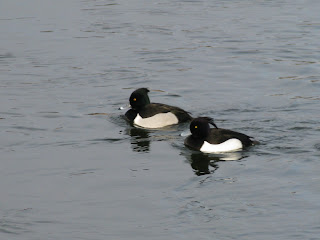 Adult male, note the short broad tuft compared to that of Tufted Duck. 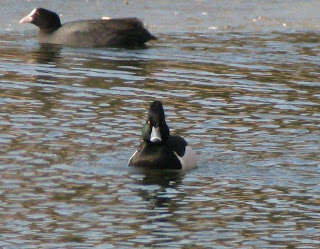 Adult male, could easily be misidentified as a genuine Ring-necked Duck, but note that the bird is missing white at the base of the bill around the nostril, and note again the bottle green gloss of the head. 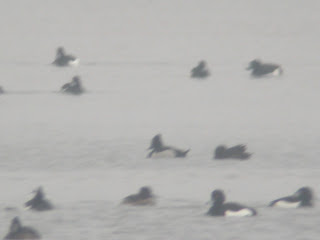 Adult male, note the tail, the bird kept it like this at all time, what Ring-necked often do aswell.